What if…drug patents were scrapped? by Husna Rizvi 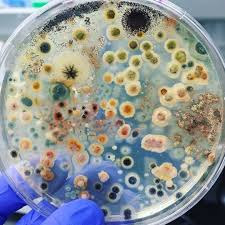 In 1955, virologist Jonas Salk was asked about the intellectual property rights of his polio vaccine. To which he responded: ‘There is no patent. Could you patent the sun?’ Salk’s choice to make the vaccine patent free ultimately beat back the US polio epidemic by 1962.

The pharmaceuticals industry has ballooned in size since then, reaching an estimated value of $1.2 trillion in 2018, made possible by a patents system that grants firms at least 20 years’ exclusive rights to manufacture, sell and market new drugs.

...According to Médecins Sans Frontières (MSF), it costs just $0.25 to $0.50 to make the daily dose of the tuberculosis drug bedaquiline. But manufacturer Johnson & Johnson charges over eight times that cost in developing countries. Patients require up to 14,600 pills over two years, pricing thousands out of treatment.

The tension between public health and private profit has never been more visible, especially as the world searches for a vaccine against coronavirus.

Read the rest of Rizvi's observations and thoughts here: What if drug patents were scrapped?
Posted by Terry at 23:20